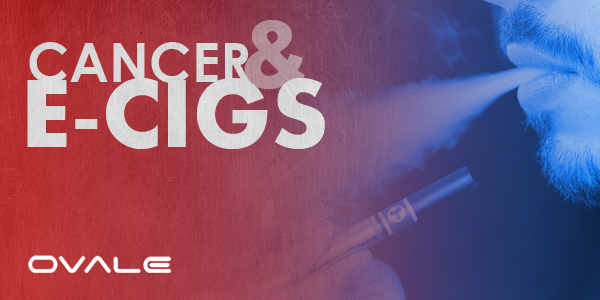 E-cigarettes are considered as an alternative to conventional cigarettes. Its components include an atomizer, a battery, alongside a replaceable cartridge mainly designed to hold the nicotine solution and sometimes a flavoring for taste.

Electronic cigarette in Gainesville works via utilizing a sensor responsible for detecting changes in the airflow when the users inhale thru the device. It usually starts heating the nicotine found inside the cartridge right until it evaporates. As a result, the water vapor is then transmitted into the lungs, thus carrying a dose of nicotine with it.

The vapor of the electronic cigarettes contains two unidentified chemicals, which are believed to cause cancer. The new research, which is published in Environmental Science & Technology shows that the level of the harmful chemicals found in e-cigs vary.

A research carried out by The Japanese Ministry of Health claims that e-cigs have ten times level of carcinogens compared to the traditional tobacco products. Acetaldehyde and formaldehyde are both found in the liquid that is mainly produced by the e-cigarettes. It has been shown that when the e-cigs are run at a high voltage, its produced vapor is more likely to contain enough levels of formaldehyde that contains compound to increase the risk of developing cancer to the users. Take note that this risk could be fifteen times much higher than those incurred by the long-term smoking.

The recent e-cig versions let users to operate them at much higher temperatures. The productions of the compounds that contain formaldehyde along with the problems they result in also become very common. These e-cig’s versions provide the users the option to replace their cartridges. They can also alter the temperature as well as the vapor produced.

However, utilizing e-cigarettes at 3.7 volts only yield trace levels of the formaldehyde. It is also this level, which has been observed in the inhalers approved by the FDA that are designed to help smokers quit their habit of smoking. Moreover, researchers also analyze the chemicals, which are often used as e-cig solvents. They are used to create artificial smoke, even though only little is known whether it is safe to heat and inhale those chemicals.

E-cig users should be aware of the chemicals used in e-cigs. Since more and more versions are now available in the market, it makes sense to become wise in finding products that would not cause any harm. As much as possible, you should purchase e-cigarettes from trusted distributors in order to avoid any disappointment and frustration in the end. This is also one great way to get what you pay for.